A Little Piece of History

How did we find it?

I moved to a Tudor house built in the 14th century in High Easter last year. My house used to be a pub and is called The Cock and Bell House. My stepdad loves metal detecting and has his very own metal detector, which is a piece of equipment that detects different types of metal. One day I decided to metal detect with  him in our garden to see if we could find anything and we did indeed. In the back corner of our garden we found a Victorian diamond jubilee medal.

What do we think it is?

Once we found the medal we took it inside to have a closer look. We are quite certain that when our house was a pub it had a party to celebrate the diamond jubilee of Queen Victoria. We think our pub might have been handing out medals and someone, when they were in the garden dropped their medal.

At the top of our medal is a broken half hoop where we think the ribbon would have hung over someone's neck before they dropped it. 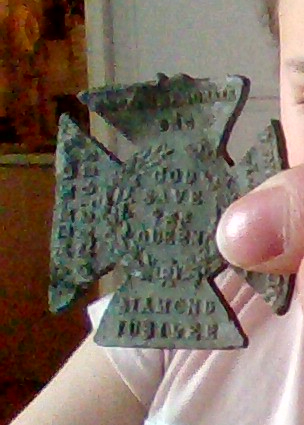 Messages on the medal

We think in the centre of the side shown above it says ‘God Save The Queen’.  On the bottom it says ‘Diamond Jubilee’ and on the right it states ‘Majesty Queen Victoria’.  On the left side it says ‘ Her Most Gracious’ . Finally on the top it says  ‘to commemorate’.

Before and after cleaning both sides of the medal

We cleaned the medal using composite cleaning pencil which is a  special pencil that removes any dirt from the medal. 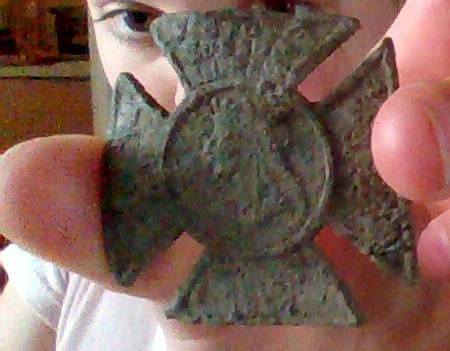 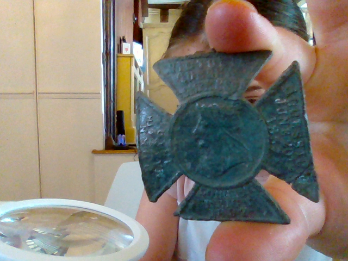 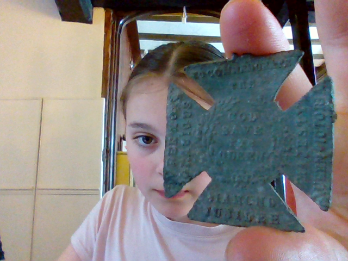 As you can see in our before and after pictures ( before is the first image and after is the second) the side of the medal that we could not see and did not show the writing. Well after the cleaning and using a brass brush to make the writing clearer to see I can tell you what we think the other side states.  In the centre there is a picture of Queen Victoria from a side view, on the top of the medal it says ‘ Victoria Queen and Empress’. On the right side it says ‘ Accession June 20 th 1837’. On the left it states ‘ Born May 24th 1819’.  Finally on the bottom it says ‘Longest Reign 1897’.

We also used a magnifying glass to make the medal clearer to see. 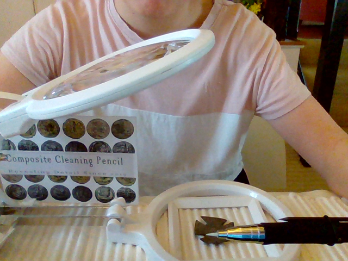 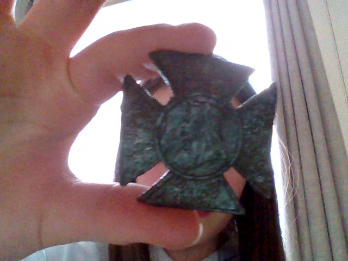 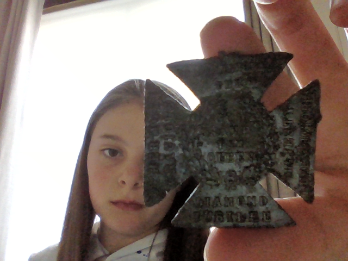 As you can see it looks a lot more shiny after cleaning.

Back to News ListPreviousNext
Share This Page
Email this page